We made a company so attractive
the competition bought it.

Let’s be clear: Roehrig Engineering was a great company long before they asked us for marketing help. They made a machine that tests shock absorbers. The company’s technology was vastly superior. But the company’s website—not so much.

THE SITUATION
When Kurt Roehrig first started testing shock absorbers for race teams, it was a dirty job. The machines that did the testing were huge and complicated and just no fun at all. Kurt put his world-class engineering brain to work on the problem and came up with an electromagnetic machine that was clean and portable. The company he founded did well year after year, as it added new machines with new capabilities. But marketing was an afterthought and some of Kurt’s engineers realized they needed a systematic approach, or what we would call a brand and a strategy.

THE SOLUTION
We got to work building a new site designed to appeal to Roehrig’s dual targets of racing pit crews and engineers at manufacturing companies. Our copy and design team stepped up to claim for Roehrig its deserved status as the industry’s true innovator. (We also created an eye-catching trade show booth for the company’s globe-trotting sales team.)

THE OUTCOME
The Roehrig team we worked with was ecstatic with the cleanliness of our design, which reinforced one of their products’ chief attributes. They appreciated our ability to tell the Roehrig story succinctly and powerfully. With their profile in the industry rising steadily, a major player decided that Roehrig would make a nice addition to its own roster of companies. The purchase reflected the value of the technology, of course, but we’re proud of the role we played in making it known. 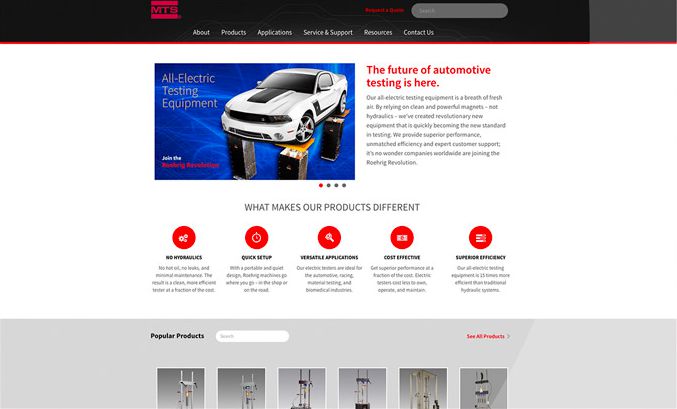 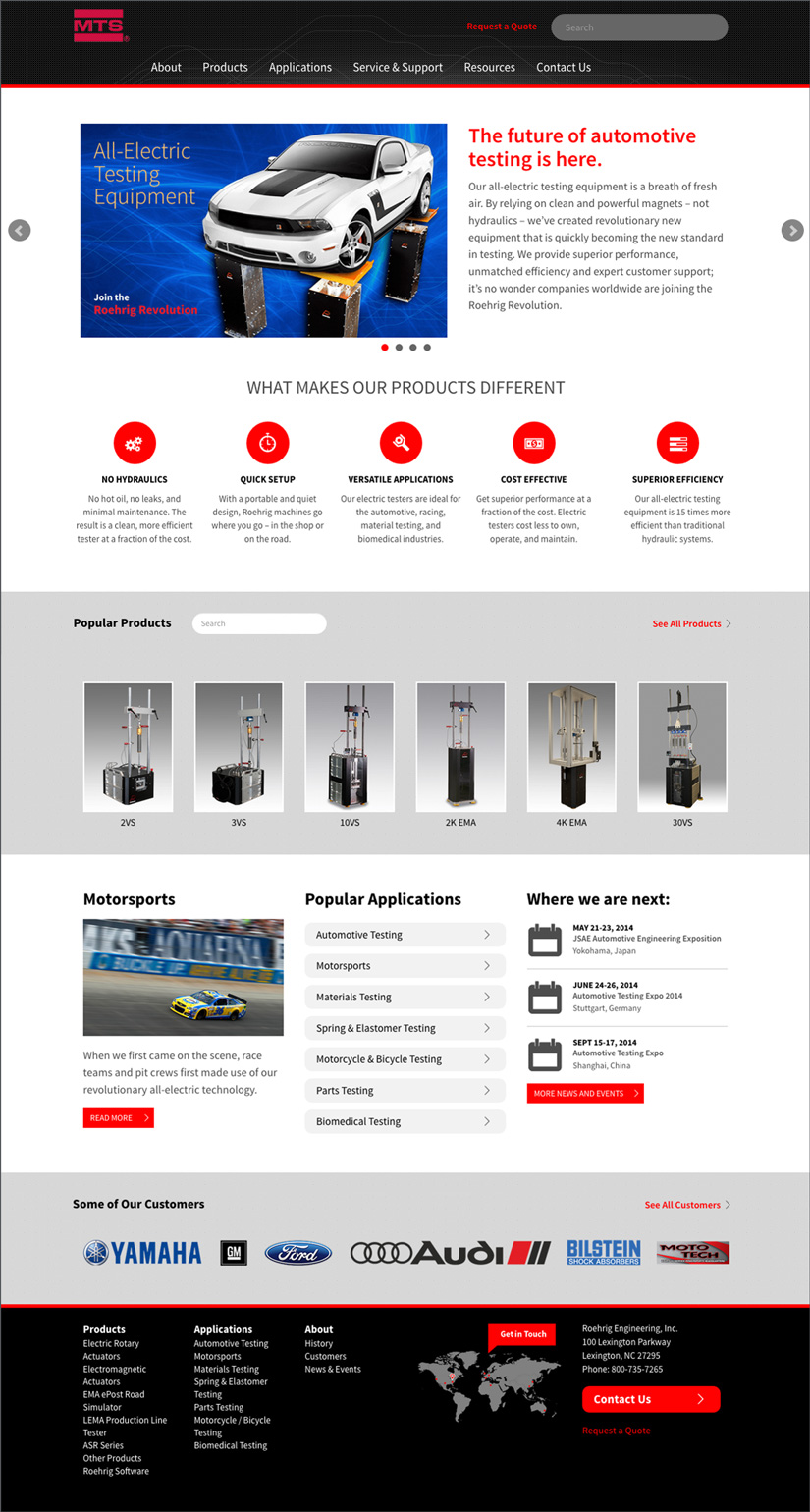 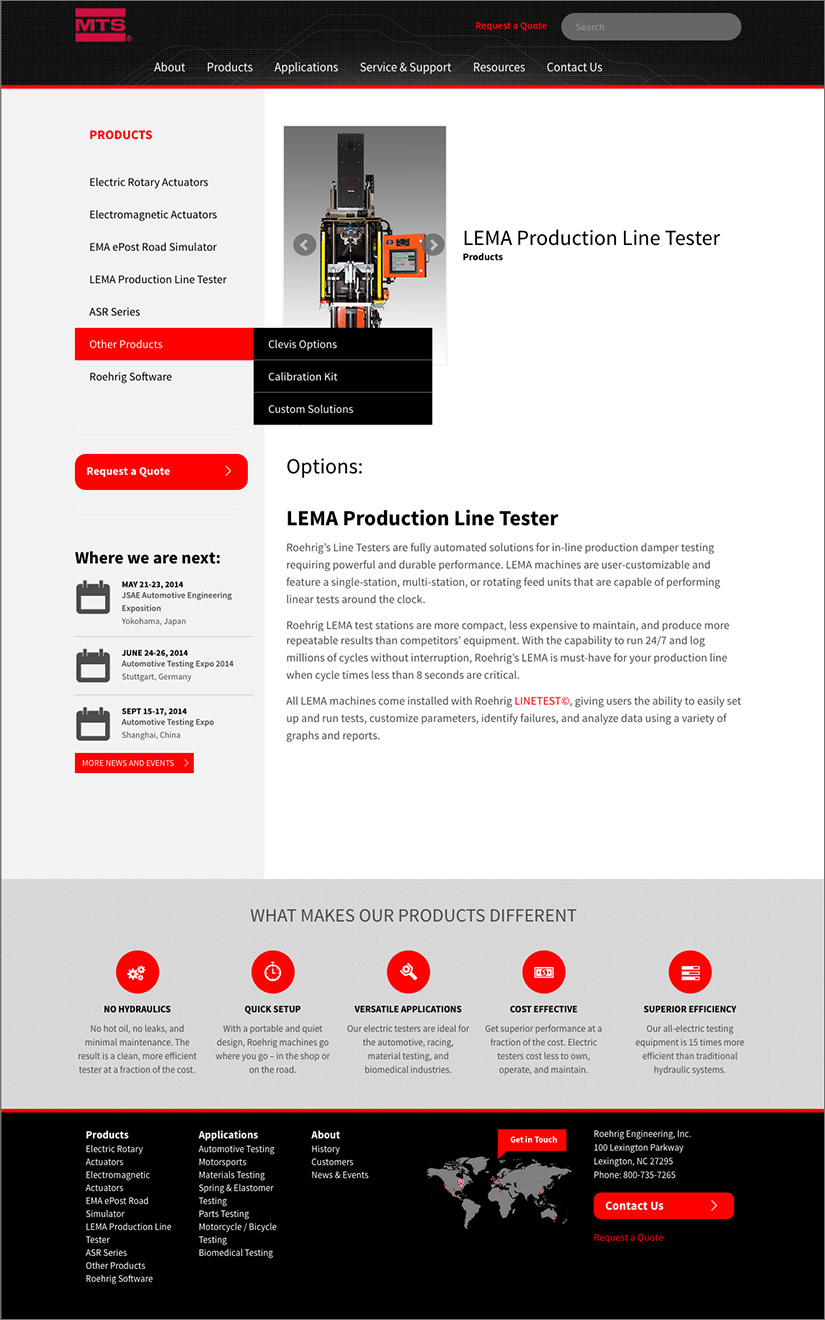 A complex product array is neatly and logically presented to make it easy to go straight to a product or to explore further.