Why we announced a brand new product with images of really old stuff.

PrimeSouth, a four-location community bank, sought our help introducing their spanking new mobile app. But the big banks offered apps, too. What the big banks didn’t have was an authentic connection to the people in this corner of South Georgia, a place where many families go back for generations.

THE SITUATION
Most folks wouldn’t expect a small bank to offer mobile banking. So in that sense, it would have been pretty easy to get some traction with the most basic program of announcement ads. Find a stock photo of a young person using her smartphone, slap a headline over it (oh, something like “Announcing Mobile Banking”) and boom—you’re done. But we saw an opportunity here to help deepen the connection between PrimeSouth and its customers by demonstrating that the bank shared their affection for their hometowns. A behemoth bank based in another state couldn’t pull this off.

THE SOLUTION
For each of PrimeSouth’s four communities, we identified a local landmark that would resonate with residents. While it made total sense for ads to show a smartphone, why not put the smartphone in one of these iconic locations, signaling to locals that hey, we go way back in this town, too. So for example, folks in Jesup saw the drive-in that’s been there since the 50s. Headlines and brief copy conveyed the announcement, but the picture spoke louder than words about PrimeSouth’s connection to the area and its neighbors.

THE OUTCOME
As part of an ongoing campaign reinforcing PrimeSouth’s deep roots in South Georgia, the mobile banking campaign contributed to a welcome upsurge in customers switching over from the branch of a national bank. Meanwhile, our friends at PrimeSouth report how rewarding it feels to communicate with their customers in such a meaningful way.

Customers expect banks to know a lot about money. They’re surprised when a bank knows a lot about them. 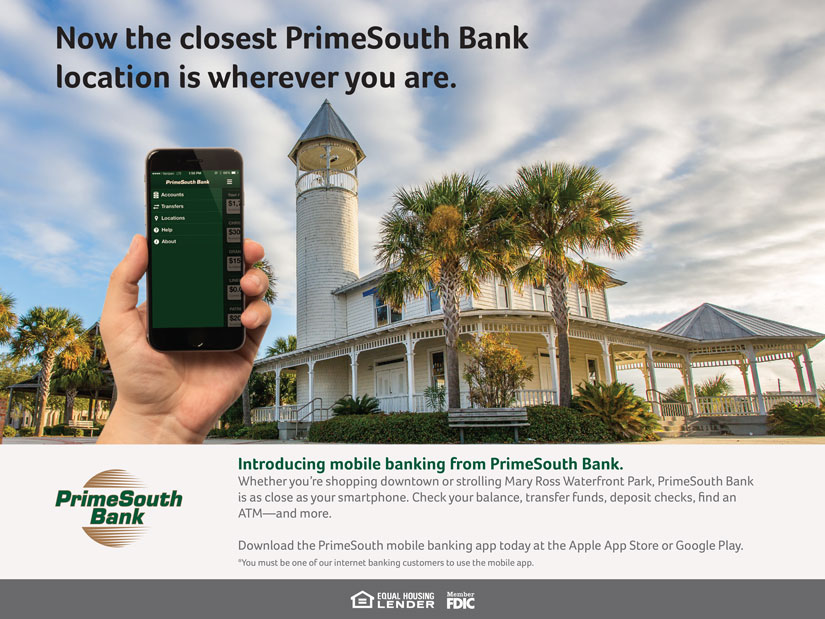 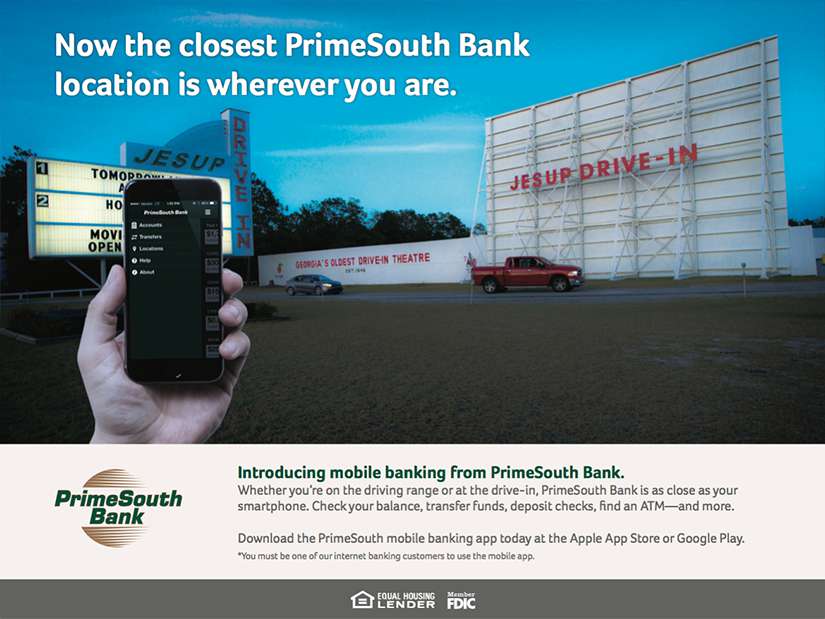 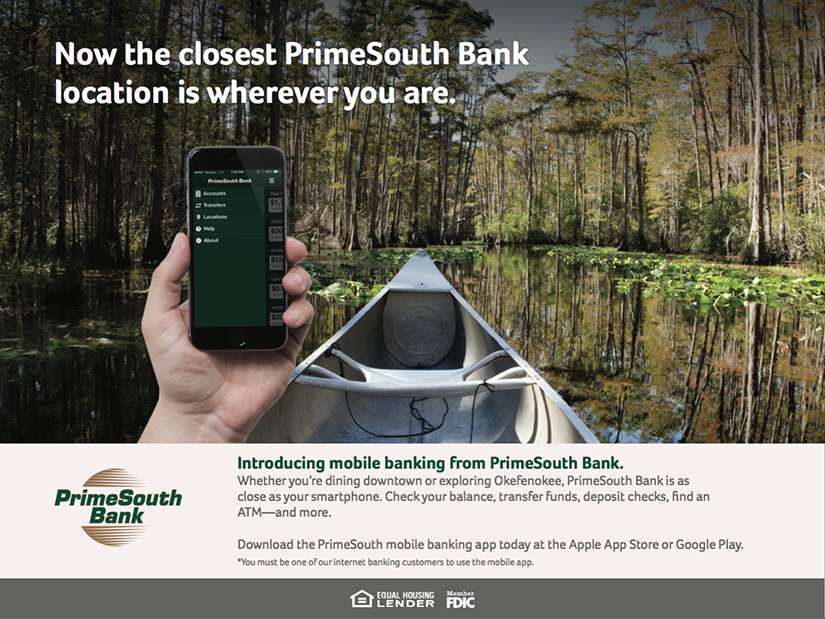