Even a sterling reputation can use a little polishing.

Over the course of a century practicing law in North Carolina, Brooks Pierce had established an unassailable reputation as one of the leading firms in the state. But the partners were smart enough to know that the changing legal environment was no time to retire to their chambers.

THE SITUATION
It would be easy for Brooks Pierce to coast on their laudable reputation. The firm is an acknowledged leader in almost every area of practice, and its team of attorneys is studded with superstars. Senior partners, however, knew better than to just bask in the glory. Sensing a shift in the legal marketing landscape, they sought help in building a brand that leveraged the firm’s longstanding reputation while making it clear that the organization is forward-thinking.

THE SOLUTION
Working with Brooks Pierce’s internal marketing team, we conceived a print campaign that would convey the firm’s expertise in a wide range of categories. The campaign needed to be flexible enough to incorporate as-yet-unknown messages, while at the same time providing the consistent look and tone necessary to build a long-term brand. Our ad series was christened “Unwritten Laws.” Each ad would feature a gem of legal wisdom—an elegant expression of Brooks Pierce expertise.

THE OUTCOME
Lawyers as a group have an unusually strong appreciation for the power of the written word. The power of the ads we created for Brooks Pierce—aimed at the legal community—derived from our deft use of words in making the case for the firm. The Brooks Pierce team responded to our proposed ads with an enthusiasm so strong we wish we had a videotape of it so we could play it in a continuous loop in our lobby. We have launched the campaign in legal publications and the response from the legal community has been quite positive. 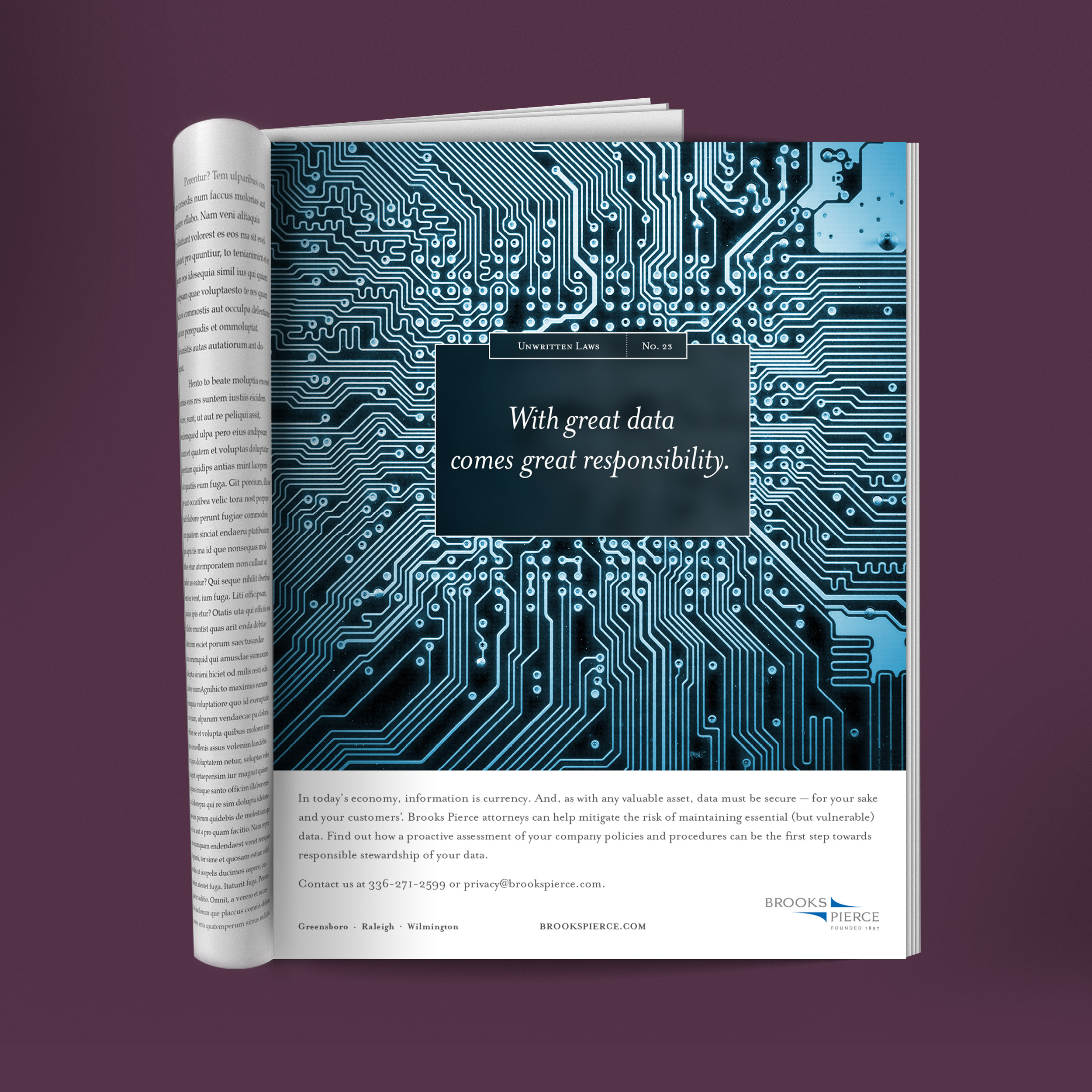 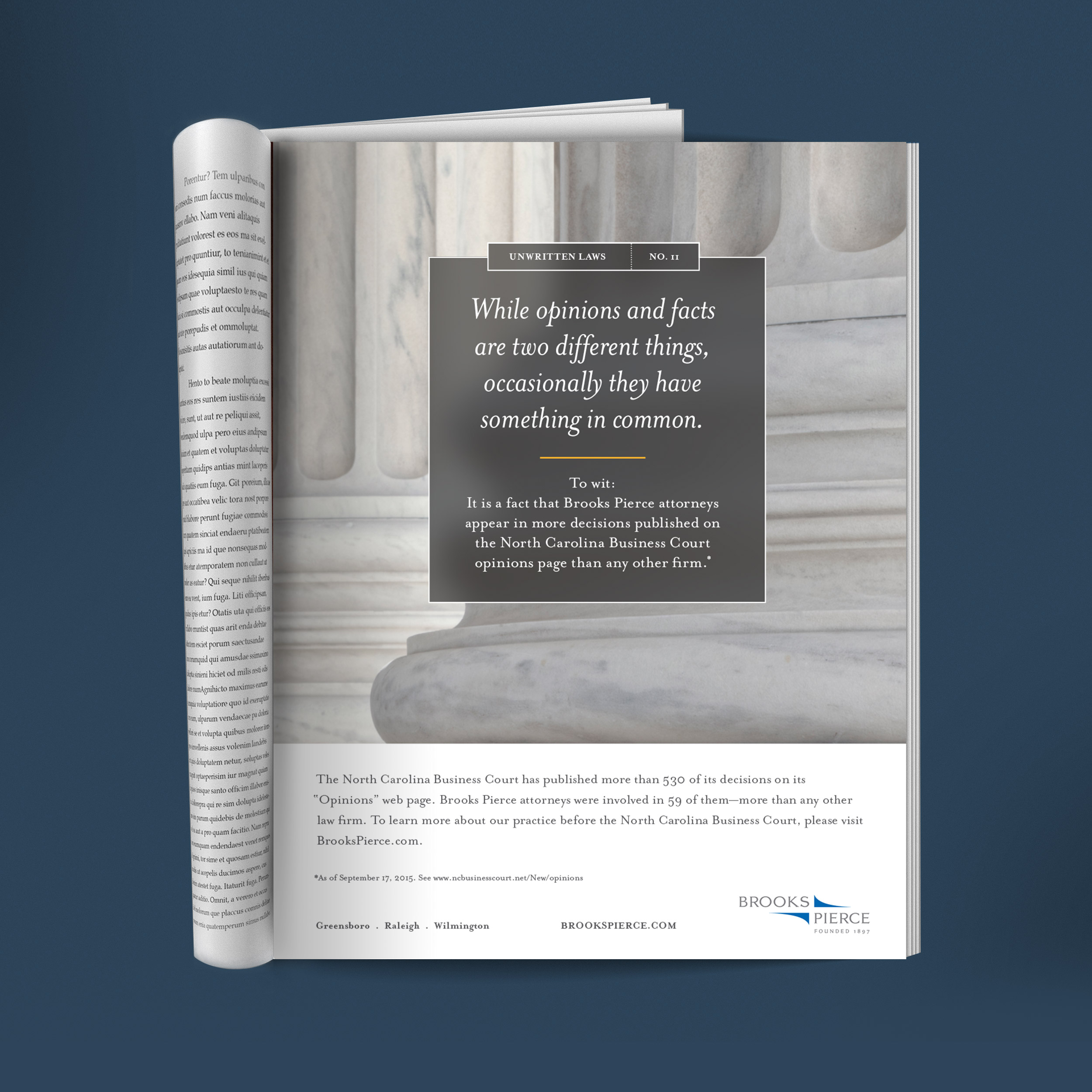